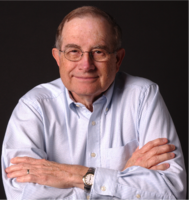 Dr. Lane is a senior fellow in science and technology policy at the Baker Institute for Public Policy, Physics and Astronomy professor emeritus and Malcolm Gillis University Professor emeritus at Rice University. Before beginning his position at the Baker Institute, Dr. Lane's previous work in science policy included serving as the Director of the NSF, as a member (ex officio) of the National Science Board, as the Director of the White House Office of Science and Technology Policy (OSTP) and as the Assistant to the President of the United States for Science and Technology during the Clinton administration.

The conference will host four different panels on the following subjects:

Laura Beil Freelance writer. Laura Beil is a freelance science and health writer whose work has appeared in the New York Times, Science News, Texas Monthly, Men’s Health, Cosmopolitan, Reader’s Digest and other magazines. She was also the writer-reporter of the “Thugs” episode for the NPR series This American Life. She was a finalist for a National Magazine Award in 2015, and has received top awards from the Association of Health Care Journalists and the American Society of Journalists and Authors.

ence Editor and Associate Director of News and Media Relations in the Office of Public Affairs at Rice University. Mr. Boyd joined Rice in 2002 and promotes university research in science and engineering with written press releases, print and online news features and direct pitches to news reporters. Boyd has a degree in journalism from Texas A&M University and previously worked at United Press International, the Bryan-College Station Eagle and InternetWeek magazine. 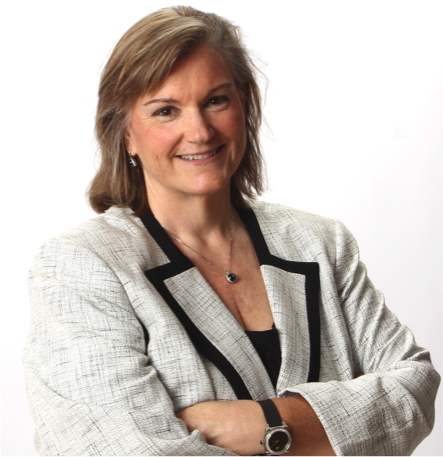 wa State University, and PhD from Kansas State University. She then trained at the National Institutes of Health. Dr. Marriott joined Baylor College of Medicine in 1991 where she is currently a Professor of Molecular Virology and Microbiology. She served as the Director of the interdisciplinary graduate program in Cell and Molecular Biology from 2006-2016. She has also led the development of interdisciplinary opportunities for Baylor students to learn and implement transportable teamwork skills that will prepare them for diverse careers. Dr. Marriott founded BioScience Writers, LLC in 2001 where she is currently President. BioScience Writers specializes in scientific writing, editing, and educational services by engaging editors and writers with broad knowledge in over 170 scientific disciplines


Eric Berger Editor, Space City Weather. Eric Berger graduated from the University of Texas with an astronomy degree and then went to the U

niversity of Missouri to receive a master's degree in journalism. He is a certified meteorologist and wrote for the Houston Chronicle for 17 years as their resident "SciGuy," where the paper was a Pulitzer Prize finalist in 2009 for his coverage of Hurricane Ike. Berger later served as the senior space editor at Ars Technica and is now the editor of the blog, Space City Weather.

podcast produced by Houston’s National Public Radio affiliate, KUHF, part of Houston Public Media. Evan Hadingham, Senior Science Editor at NOVA, has called Engines “the best-written short-form science podcast on the internet,” adding, “Every episode is a gem.” Prior to working on Engines, Dr. Boyd served as Chief Scientist and Senior Vice President at the analytics firm PROS, where for eleven years he led a group of some thirty advanced degree recipients with backgrounds in operations research and statistics. Before joining PROS, he was a tenured faculty member at Texas A&M University. Dr. Boyd has over twenty-five scholarly publications to his credit, numerous research grants from agencies such as the National Science Foundation and the Federal Aviation Administration, several technical articles and book chapters, and has historically been an active participant at industry conferences on pricing and revenue optimization. He received his AB with honors at Oberlin college with majors in mathematics and economics in 1981, and his PhD in operations research from MIT in 1987. Dr. Boyd was elected an INFORMS Fellow in 2007 and was a co-recipient of the INFORMS Impact Prize in 2016. His most recent book is Beyond Comprehension: A Scientific Look at the Challenge of Knowing Everything  (Hamilton-Haverbrook, 2017).

Alberto I. Roca, Ph.D. Executive Director, DiverseScholar. Dr. Roca received his Ph.D. in Molecular Biology from the University of Wisconsin, Madison. While conducting postdoctoral research, he created the web portal MinorityPostdoc.org, founded the

Postdoc Committee of the Society for the Advancement of Chicanos and Native Americans in Science (SACNAS), and co-founded the Diversity Committee of the National Postdoctoral Association. As Editor, Dr. Roca solicits original articles for his DiverseScholar magazine on the issues of diversity, STEM, and higher education. From 2011 to 2014, Dr. Roca (@MinorityPostdoc) and Dr Danielle Lee (@DNLee5) led the diversity sessions at the ScienceOnline conference. In the journalism sector, Dr. Roca's activities encourage minority reporters to learn about STEM/health news stories as well as educate minority scientists about science communication skills/careers. In particular, his non-profit offers a SciComm Diversity Fellowship that awards travel funds to attend science journalism conferences. His expertise in this area led to the chapter on "Using Social Media to Diversify Science" for the book Science Blogging: The Essential Guide.

Peter Jay Hotez, M.D., Ph.D. Dean of the National School of Tropical Medicine and a Professor in the Departments of Pediatrics and Molecular Virology & Microbiology at Baylor College of Medicine, the Director of the Texas Children's Hospital Center for Vaccine Development, and a Fellow in Disease and Poverty at the James A. Baker III Institute for Public Policy at Rice University. Dr. Hotez is an internationally recognized researcher in the field of neglected tropical diseases and vaccine development and has published over 400 scientific articles in these fields. From 2014 to 2016 Dr. Hotez served as US Envoy for the Obama Administration, where he focused on vaccine diplomacy initiatives between the US Government and countries in the Middle East and North Africa. In 2018 he was appointed by the US State Department to serve on the Board of Governors for the US Israel Binational Science Foundation, and he received the Sackler Award in Sustained Leadership from ResearchAmerica. Dr. Hotez is called upon frequently to testify before US Congress, and served on infectious disease task forces for two consecutive Texas Governors. For these efforts in 2017 he was named by FORTUNE Magazine as one of the 34 most influential people in health care.

Tim Garson, M.D., M.P.H. Director of the Texas Medical Center Health Policy Institute. In addition to his work at the Texas Medical Health Policy Institute, Dr. Arthur “Tim” Garson is also a professor of management, policy and community health at The University of Texas School of Public Health. Dr. Garson’s numerous government engagements include Special Consultant in Health Programs and Policy for the Texas Department of Health and Chair of the Texas Health Care Information Council’s Subcommittee on Outcomes Reporting. He has also served on the White House panel on Health Policy and helped originate and draft the “Health Partnership Act,” a bill involving coverage improvements for the uninsured. Dr. Garson has also consulted with health ministers in Bangladesh, Canada, Ireland, Panama, France, Australia, Myanmar, Malaysia, Hong Kong, Abu Dhabi, Spain and the UK. In 2010, he created the Grand-Aides program, an innovative telemedicine care model that was awarded one of the Top 3 innovations by the US Agency for Healthcare Research and Quality Innovation Exchange. Grand-Aides was placed into Texas Medicaid law in 2012 and is currently in operation in 11 states and under development in 14 countries.

Rekha Lakshmanan, MHA. Director of Advocacy and Public Policy for the Immunization Partnership. Rekha Lakshmanan, MHA, is the Director of Advocacy and Public Policy for The Immunization Partnership, a statewide non-profit organization that aims to eradicate vaccine-preventable diseases. Lakshmanan is a prolific science communicator, and has written multiple articles on vaccine policy and Texas Health law. Before joining The Immunization Partnership, Lakshmanan worked 14 years at Merck, where she was a Specialty Sales Representative, Senior Vaccine Specialist, and Account Executive. At Merck, Lakshmanan worked with cross-functional teams to grow and sustain Merck’s vaccine business with pediatric and public sector providers including the launch of four new products, facilitated partnerships between key disparate influential advocates such as teaching institutions and state organizations to implement leading collaborations on future initiatives, and conducted disease awareness and education presentations with business decision leaders and clinicians to ensure Merck’s vaccine portfolio were utilized and integrated appropriately in the organizations’ preventative health program.

Elizabeth Festa, Ph.D. Associate Director, Center for Written, Oral, and Visual Communication and Lecturer, Program in Writing and Communication. Dr. Festa has been on the faculty at Rice since 2007. She received her PhD and MA in English literature from Vanderbilt University and her BA in English from the University of Notre Dame. Before coming to Rice, she taught at Vanderbilt University and the University of Georgia. She has designed and taught over 35 writing-intensive and oral presentation-intensive courses. Elizabeth's research interests include American literary modernism, material culture, visual culture, and documentary film. Her work on literature and material culture has appeared in Arizona Quarterly. Elizabeth is a member of the screening committee for the inaugural Fulbright/National Geographic Digital Storytelling fellowship. Her university-level commitments include service on the Faculty Senate Committee on Examinations and Standings (2012-2013), the Health Professions Advising Committee (2012-present), and the Common Reading Committee (2010-present).